The Gunes sisters are making history in Quinnipiac! Gokcen on the A10 All-Rookie Team! Güçtekin: eyes on the prize! 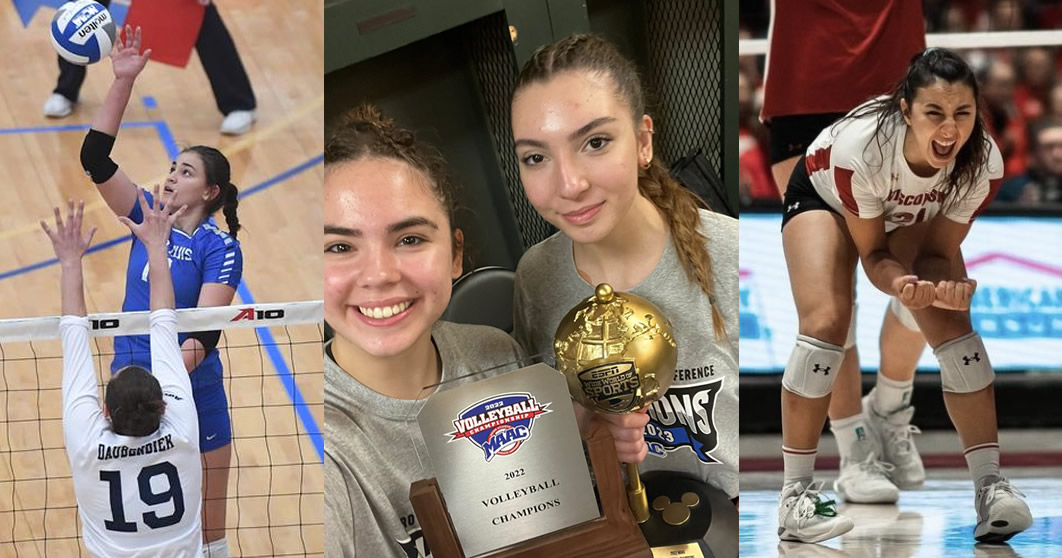 The Quinnipiac Bobcats will advance to the NCAA Tournament for the first time in program history with the recent victory over Fairfield in Orlando last Saturday, capturing their inaugural MAAC title. This victory also marked the 4th Quinnipiac fall sport to earn a MAAC title in 2022. The Gunes sisters have played an important part of Quinnipiac since the beginning of the year.

Damla Gunes has been assisting her teammates consistently throughout the year. So far, with the regular season being over, Damla has racked up 856 assists, and she keeps going in the postseason.  Her season high was 55 assists, but Damla has also had numerous matches where her assists were in the high 40’s and 30’s. Even though she’s a freshman, her contribution to the team has been outstanding and the Bobcats will continue to have big plans for (and with!) her in the upcoming years.

Yagmur Gunes was improving as the season continued. The first 11 games she didn’t manage to get a kill, but this did not stop her. She helped her team rack up points and even had a season high of 12 kills against Iona. She was a clutch player in the MAAC final against perennial favorite for the title Fairfield, scoring 13 points, and leading defensively with 18 digs. Her twin Damla refused to lose, totaling 48 assists, 8 digs, 2 blocks, 1/1 attack. They certainly earned their full scholarships during their freshman campaign.

Irmak Gokcen from St. Louis University was recently on the Atlantic 10 All-Rookie team. Gokcen has been a prime performer for the Billikens this season as a freshman. She helped the team with an 18-13 overall record and 10-8 record in conference play. Gokcen is all-around player who is not only limited to her position of being an outside hitter. She brought her defensive intensity in each game, consistently earning digs, and in making important plays both offensively and defensively for her team. Her season high was 17 kills and 12 digs. St. Louis recently lost in the quarterfinals of the A10 conference tournament against George Washington University so they will not advance to the NCAA tournament, but this year was such a success for Irmak Gokcen. We are excited to see what she will do next season!

Gülce Güçtekin on fire! The 2021 NCAA champions were named BIG10 champions and Gulce, BIG10 freshman and defensive player of the week, played a tremendous role in that. After beating the 2017 national champions, Nebraska, in 4 sets, the Turkish libero broke her career high in digs with 28 against Ohio State, to mark Wisconsin’s 18th win in a row! Gülce's performances definitely draw attention each game and she continues to make us proud. Let's go GG!! The NCAA title is waiting for you!