Mouchlias & Chakas: Back-to-back National Champions! Mandilaris: He had to break a record in his last collegiate match! 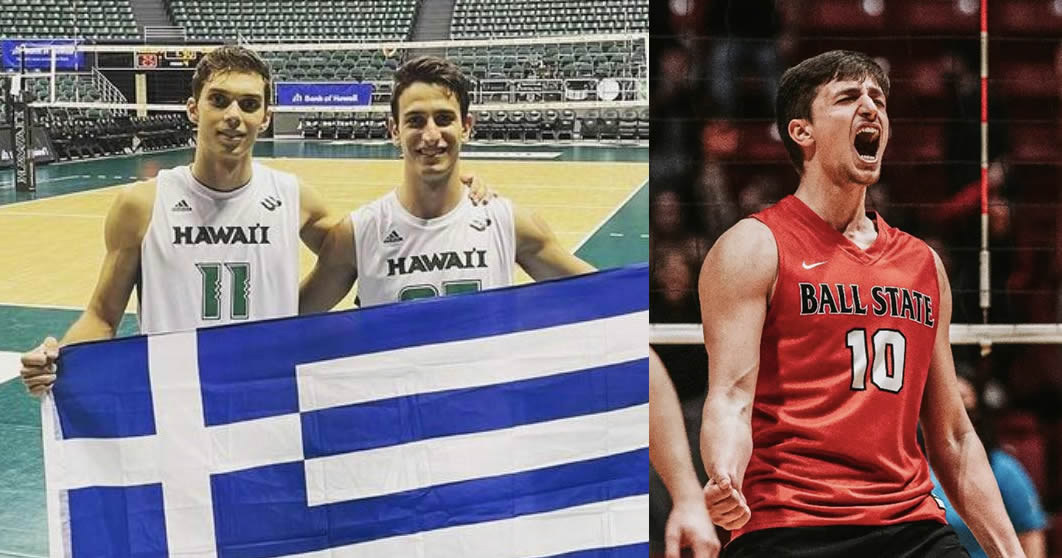 The University of Hawaii of Chakas and Mouchlias wins it all for the 2nd consecutive year! After clinching the championship in their conference, the double-trouble swept through the brackets and came out 1st in all of America. And as if that wasn't enough, Chakas was named the MVP of the tournament, while they were both crowned All-Americans! Mandilaris won the Opposite of the Year award after a memorable last year in the States. Angelos managed to break a record in his last match! For more details read below:

The University of Hawaii with Mouchlias and Chakas became the 5th consecutive team to repeat as national champions and did so against its biggest rival, whom they also defeated in the Big West Tournament. After a very successful regular season, the Rainbow Warriors had very good performance in the national championship, reaching the peak of collegiate volleyball! More specifically, below are the stats of the Greeks in the 1st round against North Greenville (3-0), in the semifinal against Ball State (3-2) and in the grand final against Long Beach State (3-0):

So close and yet so far for Mandilaris' Ball State. On May 5th, in the semifinals of the NCAA Championship, the Cardinals lost to Hawaii, just one step away from the big finals. Both teams offered a fantastic spectacle to the spectators, keeping them in suspense throughout the match. Mandilaris completed his American collegiate career with this appearance, scoring 15 kills, 2 aces, a record of 7 block assists and 8 digs. Overall in the 2022 season, the Greek from Chalkida scored 304 kills, 5 assists, 23 aces, 122 digs and 67 total blocks, significantly helping Ball State to record 23 wins and just 4 losses. He had two of his best appearances on 31/1 with 25 kills and 24/2 with 11 digs. As if that were not enough, in the last 4 months, Mandilaris earned positions in the NVA/AVCA All America 2nd Team, All-MIVA 1st team, was awarded national player of the week on April 5th, defensive player of the week in MIVA on April 5th and offensive player of the week in MIVA on January 25th. Finally, in terms of his national rankings, Angelos finished 8th for kills/set and 5th for points/set.