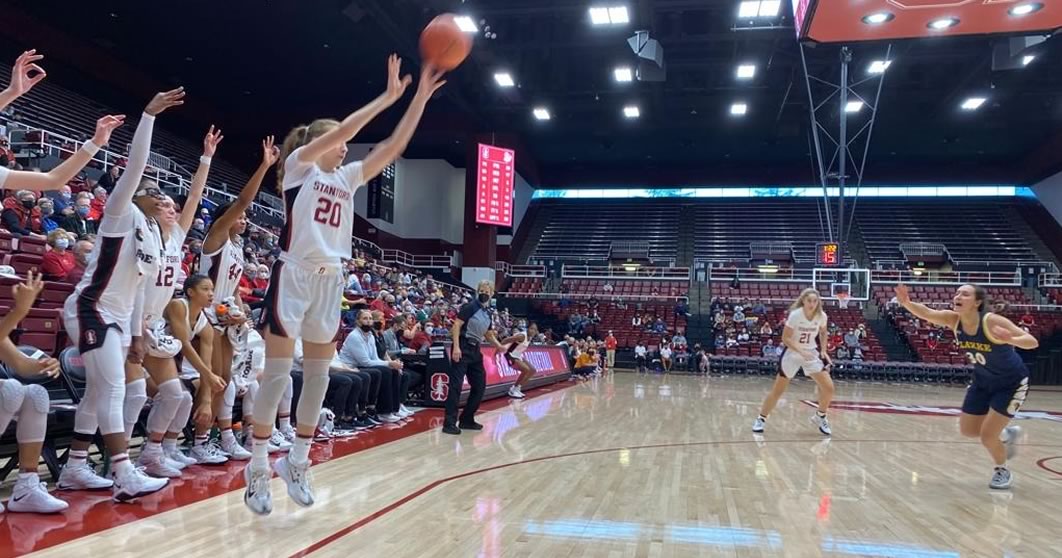 With the season just underway in collegiate women's basketball teams, international girls started to make a difference in the box scores. Elena Bosgana had her maiden voyage with the national champion Stanford Cardinal, and delivered a great performance, helping Stanford to an easy win, leading the positive column of the box score with a +34 efficiency rating, adding 4/8 FGs, 2/4 3pters, 3 rebounds, 2 assists, and 2 steals.

Elena Tsineke was also impressive, scoring 18 points in 28 minutes in a hard-fought win against UTRGV; Elena had 50% FG%, adding a three pointer, 2 rebounds, and 2 assists. Elena's twin, Katerina Tsineke with her Montana Grizzlies, contributed 9 points to get the win against Rocky Mountain. Ioanna Krimili had 20 points with 4/7 3p 7 rebounds and 2 assists in University of San Francisco's win over Morgan State (69-53).

Lastly, Seval Gul is loving life with her new teammates, the Saint Louis Billikens. Sevval is starting and scored 9 pts in 20 minutes in the baptism of fire against the University of Illinois in Springfield, adding a three-pointer, 3 rebounds, and 1 assist; then, she followed up in another start against Northern Iowa with 6 pts, adding a couple of rebounds and a steal in 14 minutes.