The year of the international basketball girls in US! 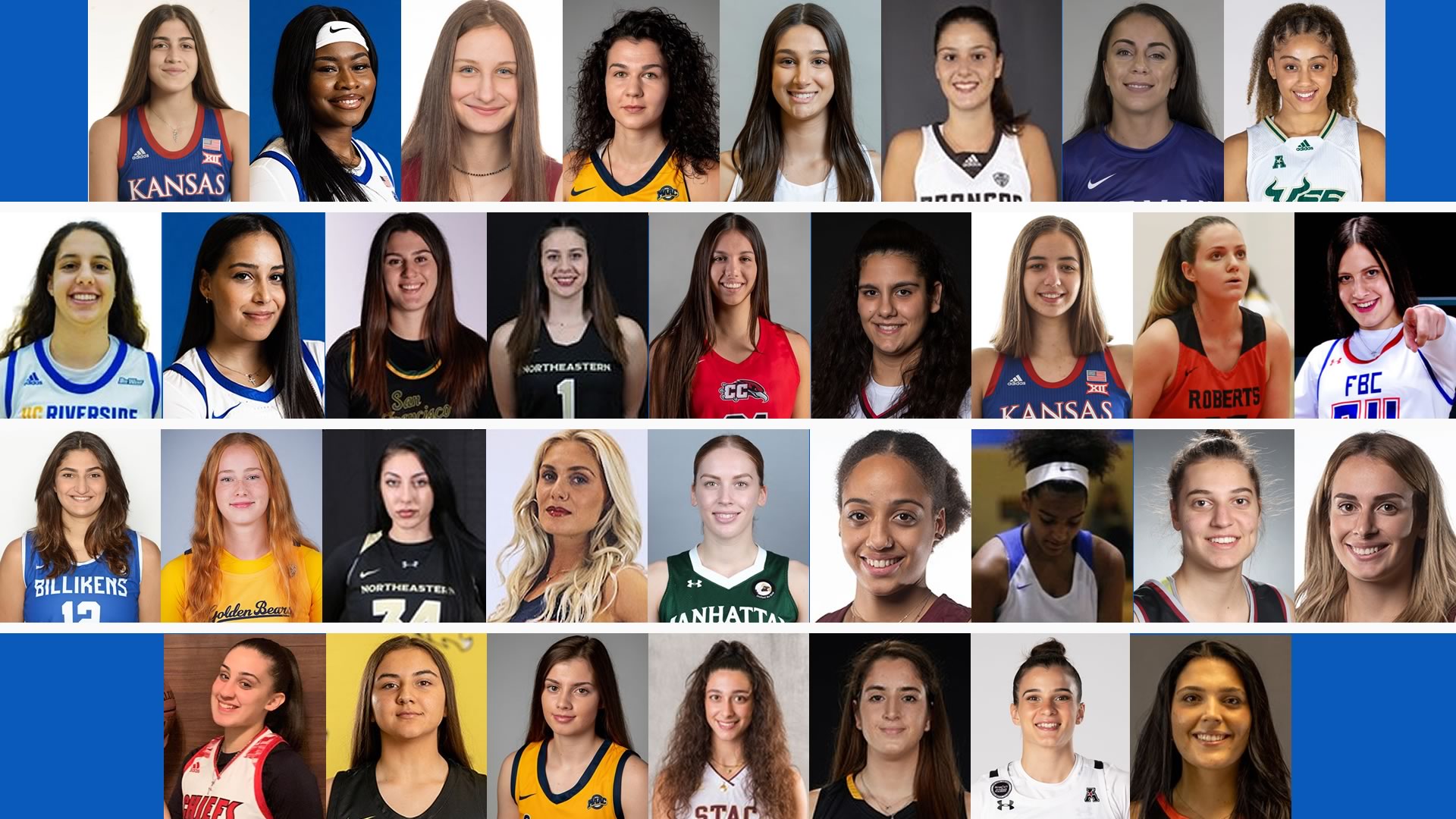 With yet another basketball season about to begin, it is fascinating to observe the continuous increase in both numbers and talent level of international women’s basketball players competing across the US. From the national champions at Stanford adding Elena Bosgana, to All-Conference players in Power-5 and high/mid-major D1 conferences, to D2, NAIA, and NJCAA All-American prospects, this 2021-2022 season may be the year of the foreigner.

This season we will be following the progress of thirty-three young ladies, who hail from Cyprus, Greece, and Turkey. All of them are excited to begin their quests in the new world of intercollegiate basketball when the first jump ball of the collegiate championships tips off this first week of November. US and international players alike have additional challenges to overcome, this first “normal-ish” season post-COVID; let’s see who is most ready!

Many players concluded last season with excellent performance and awards, and some of them are worth noting herein. Ioanna Krimili was on fire throughout the season, and captured several individual awards such as WCC Newcomer of the Year, All-WCC First Team, All-WCC Freshmen Team, WCC Player of the Week, and 11x WCC Freshman of the Week. Her battle for the top spot for 3pters made in NCAA D1, which she led for most of the season, against fellow freshman phenom Caitlin Clark from Iowa, was epic; Caitlin prevailed over second-place Ioanna, however Caitlin also had 3 more games and took 73 more 3pt attempts than Ioanna for 19 more 3s, while Ioanna destroyed all WCC records for 3s and FG%s, with considerably fewer games than past record-holders. Ioanna is also named 2021-2022 All-West Coast Conference women’s basketball pre-season team.

Elena Tsineke also won many awards in her sophomore campaign, leading in scoring her South Florida Bulls, who reached as high as #12 in the nation during the 2020-2021 condensed season. Elena was voted on the AAC All-Tournament Team, AAC All-Conference First Team, AAC Weekly Honor Roll (Jan. 11, 2021, March 1, 2021), and in her freshman campaign she was selected as the AAC Freshman of the Year (2019-20), AAC All-Freshman Team, and the All-Conference Third Team. As an outstanding confirmation of the major statement Elena has made and the respect she’s garnered from basketball circles, she has been named as one of 20 watch list candidates for the 2022 Ann Meyers-Drysdale Award. This award is given by the Naismith Memorial Basketball Hall of Fame and the Women's Basketball Coaches Association to the player recognized as the top shooting guard in women's NCAA Division I college basketball.

Ioanna Chatzileonti, who is in her second season for Kansas University, was voted on the Big 12 All-Freshman Team, and received back-to-back Big 12 Conference Freshman of the Week honors on Nov. 30 and Dec. 7, 2020. Impressively, Ioanna led KU in rebounds as a freshman, as well as blocked shots!

Dimitra Gkizani is making some serious noise in NCAA D2, leading her Roberts Wesleyan Redhawks in scoring and rebounding during her junior season, helping her team capture its first East Coast Conference title, and advancing all the way to the Sweet 16 of the NCAA D2 Championship! Indicative of Dimitra’s character and intangibles, her head coach’s (Kevin Clifford) words deliver valuable lessons to all international student-athletes:

The following 33 young ladies’ efforts, statistics, and competitive performance updates will be regularly monitored and highlighted on our social media platforms. Everyone on our team is excited for this upcoming season and can’t wait for the competitions to begin!