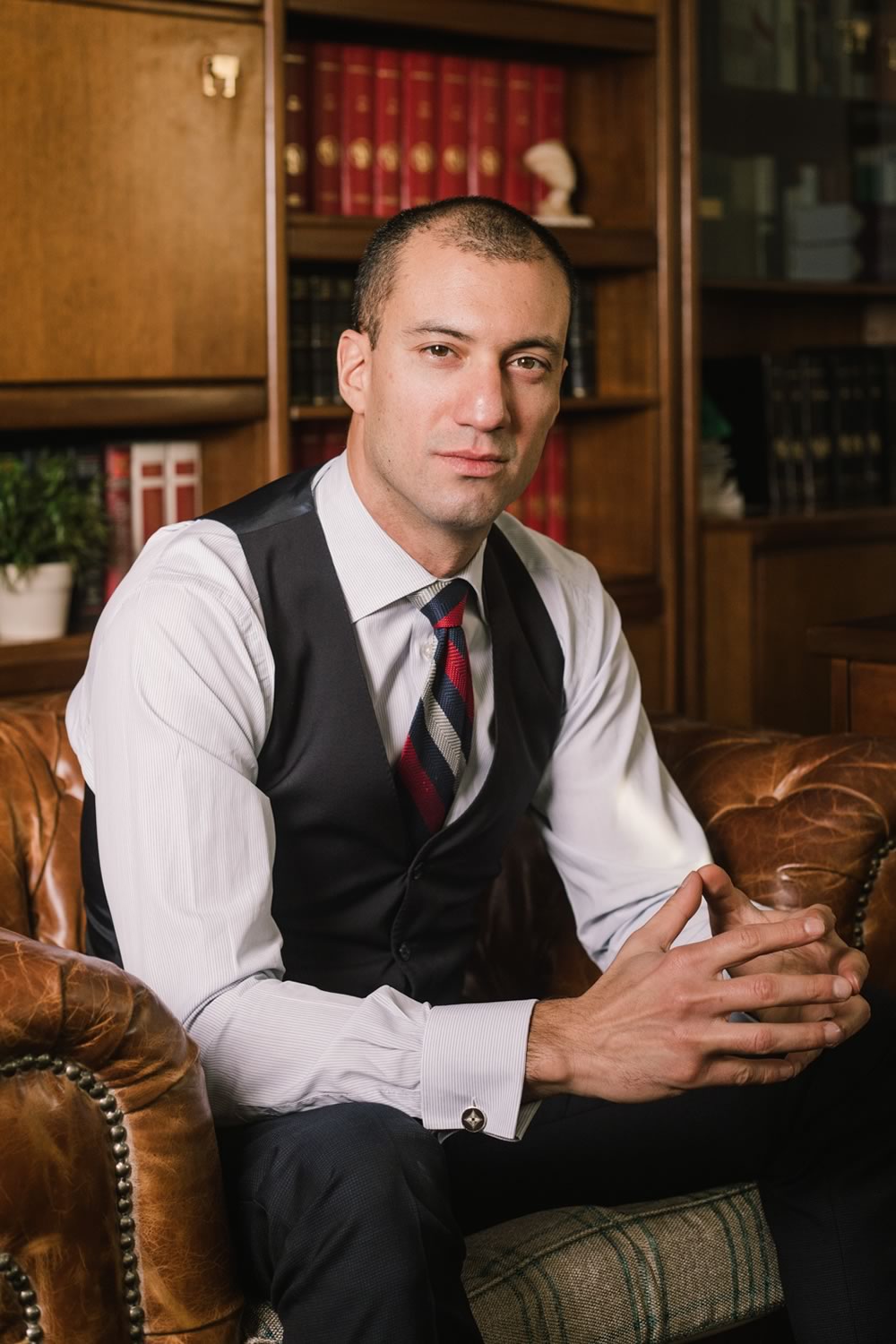 Konstantinos Papastergiou holds a bachelor’s degree in Law and a master’s degree in Criminal Law from Aristotle University of Thessaloniki. In his professional career he has interned at the Office of the Public Counsel for Defense of the International Criminal Court at the Hague, and he has served as an advisor for the Permanent Delegation of Greece at the United Nations’ Headquarters in New York, where he observed the Working Group of New York for the International Criminal Court, on behalf of the Greek Delegation. He is currently managing the “Papastergiou & Partners” law firm, founded in Thessaloniki in 1979 by his father.

Kostas is passionate sportsman and a firm believer of the “anima sana in corpore sano” principal («νους υγιής εν σώματι υγιεί», as it was originally stated in Greek). He has gone through local basketball and soccer leagues of Thessaloniki as an athlete, and he has also presided over local sports clubs. At present he exercises boxing.

Never sparing an opportunity to be involved with sports, Kostas practices sports law at the international level. In 2017 he was honored to be addressed by Edge Hill University in the capacity of the Greek national expert in sports law, in order to consult for governance in the context of the regulation for football players’ agents (intermediaries) in Greece, in the framework of the “EU Football Agents Project”, which was supported by the European Union. He serves as Nomos group’s head of litigation, intellectual property protection, contractual agreements, risk management, transactional conflicts, and alternative dispute resolution. In addition, he has delivered Nomos’ international events from inception to execution. Importantly, he mentors young attorneys and Nomos legal and consulting associates, counseling on matters of professional ethics, responsibility, and accountability.