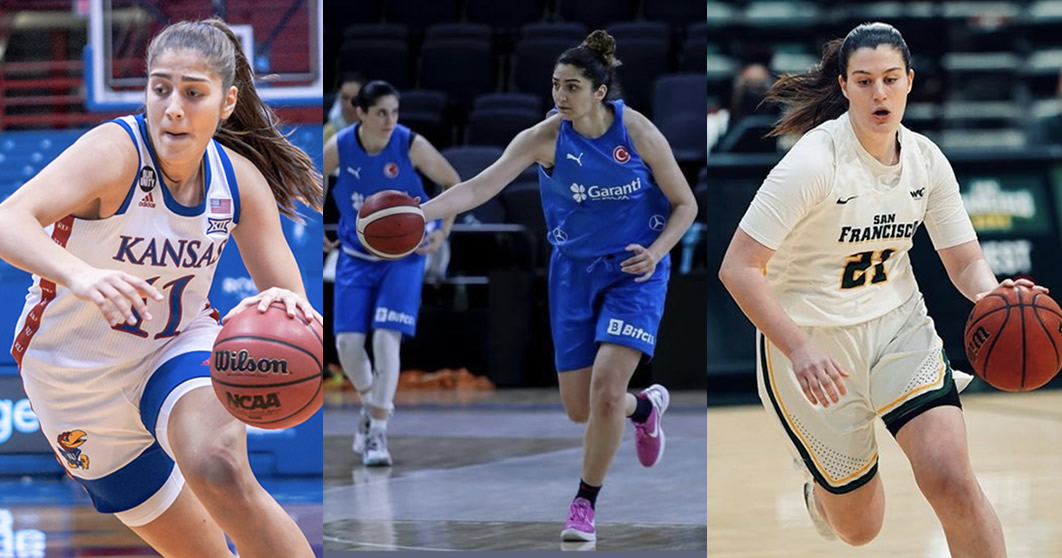 Ioanna Krimili, impressive as always, led the University of San Francisco to a win against Morgan State. Ioanna scored 20 points and had 7 rebounds total. She also continued her streak of consecutive games with multiple three-pointers, with a 4/7 performance and 7/11 overall FGs. Next, she and her Dons faced their neighbors, the California Berkeley Golden Bears, and lost; however Ioanna contributed once again, 15 pts, 5 rebounds, a couple of threes, and solid 50% FGs (6/12) in 32 minutes of action.

Katerina Tsineke from the University of Montana played 21 minutes (twice) against Northwest Nazarene and Gozaga. She had 10 points in the first and 3 in her second game, adding 3 rebounds, 3-4 free throws, 5-9 FGs, 3 assists, 4 blocks (!) and 1 steal.

Seval Gul continues her strong performance and significant contributions to the St. Louis Billikens, helping them capture their first regular season W against a feisty and competitive Indiana State team. Sevval did it all, defending, scoring, shooting… She had 8 rebounds,1 steal, 2 blocks, 14 points and a 3-pointer in 34 minutes.

In top NJCAA action, freshman Elena Tzelou had her baptism of fire and played 1 minute against Northeastern Junior College, against her fellow Greeks Goula and Gobejishvili, and had 1-2 free throws. On the other hand, Filippa Goula scored 4/9 3 points, 5/17 FGs, 3 defensive rebounds, 1 assist, and 3 steals. Also, Lia Gobejishvili had 1/6 FGs, 5 rebounds, 4 defensive and 1 offensive, 3 steals and 1 assist.