Koyuncu is 4th in SAC for total digs and digs per set! Ayhan and Ilieva: double trouble in America East! Yardimci top scorer! 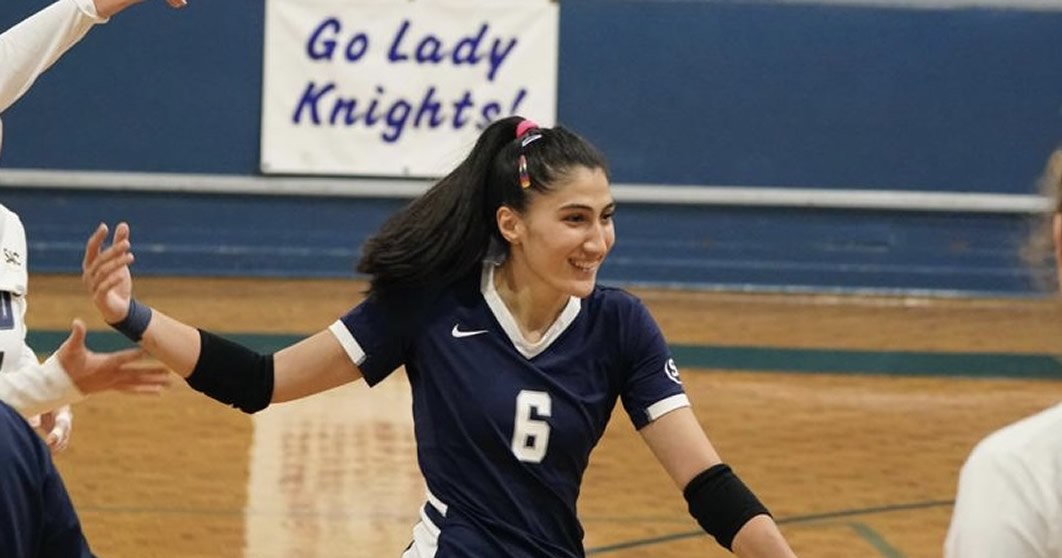 Sevgi Koyuncu’s indoor collegiate volleyball career came to an end last Saturday. The Turkish libero has some outstanding defensive skills that put her in the 4th place in SAC for total digs and digs per set! Ayhan & Ilieva’s UMBC is 1st in the AEC having the perfect conference record of 12-0! On top of that, both have a place in AEC’s top hitting percentage board: Beste is 2nd and Mila is 9th! Peyman Yardimci is leading the Miami Hurricanes to more dubs, being her team’s top scorer once again!

Sevgi Koyuncu
The Lincoln Memorial women's volleyball team's season came to an end last Saturday afternoon. The Lady Railsplitters dropped the season finale series with a 3-0 win against UVA Wise on the 12th and a 3-0 loss against Tusculum on the 13th. Koyuncu recorded 4 assists, 2 aces and 15 digs in the first match and 4 assists and 8 digs in the second. LMU finished their season with an overall record of 9-19 (5-13 SAC) putting them in the 11th place of the South Atlantic Conference. Sevgi finished her senior year being ranked 4th in SAC for total digs and digs per set.

Beste Ayhan & Mila Ilieva
What an incredible season for UMBC volleyball. The regular season of fall 2021 is concluded and UMBC finished in the 1st place of America East, undefeated (12-0)! The girls played against Stony Brook in their last match and won in 3 (25-21, 25-18, 25-22) and they are about to face them again in the first match of the conference tournament. For this past week, Beste Ayhan had 3 kills, 2 aces and 4 digs, while Mila Ilieva added 2 kills, 1 block and 5 digs on her stats. Both girls own a place on the America East’s leaders board. Along with that, Beste ended up being the player with the most blocks (122) and having 1.22 blocks/set!

Peyman Yardimci
One more win for University of Miami for this past week, which was added to the overall conference record of 12-3; the Miami Hurricanes are in the 4th place of ACC at this moment. The girls faced Clemson for the second time this year, and managed to defeat them again with the score being 3-1 (25-22, 18-25, 25-12, 25-20). Peyman Yardimci had an outstanding performance. She was the offensive leader of Hurricanes with 14 kills, and also had the highest scoring points (16.5) with 1 ace and 3 blocks on top of her kills. Also, she contributed with 1 assist, and 6 digs.

Karya Suvarioglu
Only one match stood in between the New Mexico Military Institute (30-4) and an automatic berth to the national tourney. Last Tuesday night, the Broncos protected their unblemished record at home with a straight-set sweep of the Arizona Western Matadors to capture the Southwest District B title. Karya had another solid performance recording 1 kill, 11 assists, 2 digs and 1 block. The Broncos are 11-0 at home while riding a 17-game winning streak. NMMI, which is ranked sixth in the nation, becomes the 14th and final team to punch a ticket to nationals.

Next obligations
18/11 vs Tyler Junior College

Elif Su Yavuz
Auburn University volleyball had only one match this week. The Tigers played against  South Carolina on Wednesday, November 10th, but unfortunately, they lost in 3 (25-23, 25-13, 25-22). Including this result, Auburn has a conference overall 5-9 and owns the 10th place in the SEC. Elif Su Yavuz managed to help her team with 2 kills, 2 digs, and 1 ace.

Ezgi Dokuzlar & Ece Erol
With a conference overall 9-5, Chicago State University volleyball finished its regular season. The Cougars managed to end up in the 3rd place of the west division of WAC conference, and they are ready to fight in the play-off this coming week. For the last matches of the regular season, the girls played against Grand Canyon University, on Thursday, November 11th,  and won in 3 (25-18, 25-20, 25-21). Two days later, they faced New Mexico State University, but unfortunately, they were defeated in 3 (25-21, 17-25, 19-25, 15-25). Ece Erol had a really good defensive performance with 14 digs, 3 aces and 1 assist for both matches. Meanwhile, Ezgi Dokuzlar contributed to the team with 3 kills, 2 blocks, and 1 dig.

Doga Topcicek
Valparaiso ending Bradley’s longest single-season MVC win streak in program history with a 3-1, (25-17, 23-25, 25-18, 25-19) victory last Saturday at the Athletics-Recreation Center. Sophomore Doga Topcicek tried to do everything she could: she had 2 kills, 1 block and 7 digs but momentum didn't change for Bradley.

Next Obligations:
19/11 vs Illinois State

Nisa Buzlutepe
The Texas A&M volleyball team  (12-12, 5-9 SEC) lost both matches, in the 2-match series, to Kentucky in straight sets. Nisa Buzlutepe took the spot in Sunday's game and split setting duty with 8 assists a piece.

Cansu Gunaydin
Rutgers volleyball fell to host Michigan State in 3 sets (26-24, 25-20, 25-19) losing out the season series last Friday night at Jenison Field House. Sophomore Cansu Gunaydin had 2 kills and 1 block. Cansu Gunaydin did not participate in the defeat against Michigan on Saturday.