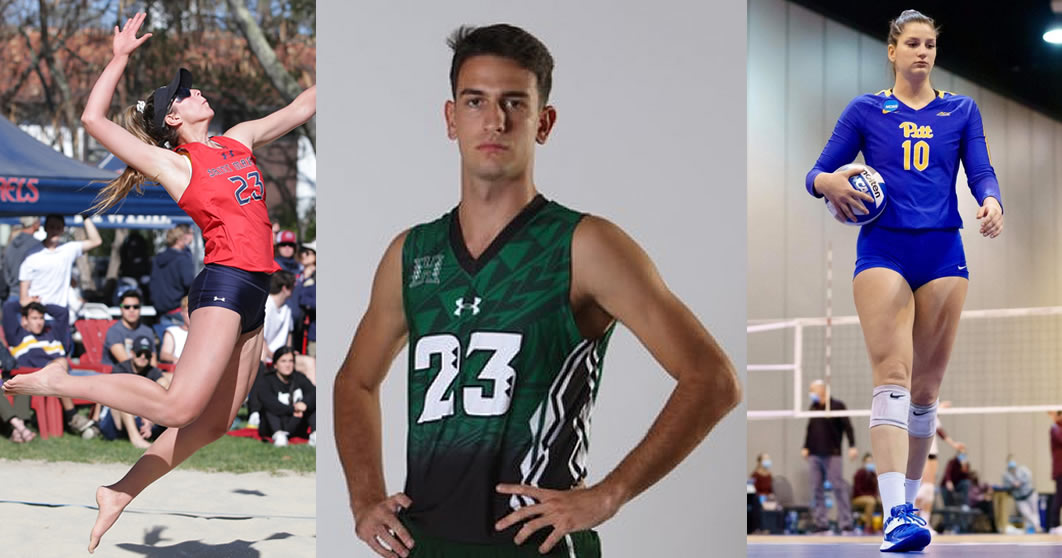 Spyros Chakas
The University of Hawaii men's volleyball team suffered its first loss of the season to UC San Diego in the semifinals of the Big West Championship, on Friday night at SimpliFi Arena at Stan Sheriff Center. Set scores were 22-25, 25-23, 16-25, 25-23, 18-16. The Greek OH did not participate in this game.
Despite suffering its only loss of the season in the Big West Tournament semifinals the University of Hawaii men's volleyball team received an at-large selection to the NCAA National Collegiate Championship and the tournament's No. 1 overall seed.

Elena Baka
The Chandler Cowell/Elena Baka duo fell to No. 6 Cal Poly on Saturday 24th of April in 2 sets (21-19, 21-13). A unique Easter in the sand with Saint Mary's Gaels now preparing themselves for their final matches of the year in the 2021 WCC Championships in Santa Monica. The Gaels will face the best of the best in the WCC, with two ranked teams in the WCC sure to give the Gaels some of the best competition they've seen this year. The tournament begins on Friday, April 30 and concludes on Saturday, May 1.

Zoe Faki
A historical season for Faki’s University of Pittsburgh came to an end. The Panthers came very close to victory with a terrific start but fell in 5 sets to No. 6 Washington in Omaha (20-25, 21-25, 25-16, 26-24, 15-9). Despite their defeat, Pitt made history with their very first appearance in the quarter finals of the NCAA securing three very important wins against LIU, Utah, and No. 3 Minnesota, as well as their incredible 15 win streak. Faki participated in all 5 sets, helping her team from the serve line, and scoring 1 ace.