End of the Dance for young Balkan stars 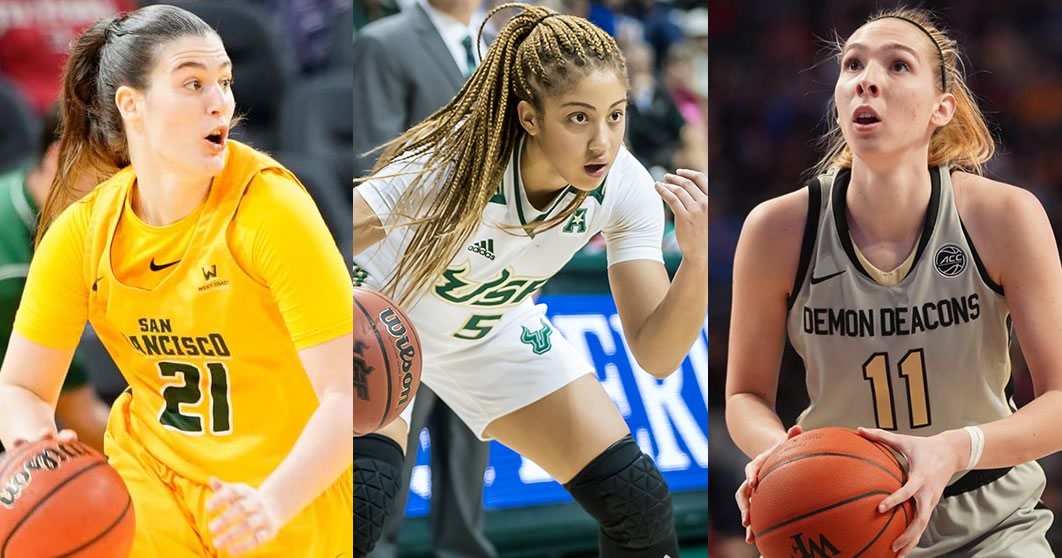 After dancing in the Big Dance and experiencing the wonders of March Madness over two rounds of highly-competitive basketball, Elena Tsineke of the University of South Florida (the only Greek who made it in the 2021 NCAA tournament) bid farewell to her remarkable sophomore campaign on March 23th. The USF Bulls, reaching as high as #12 in the country earlier this season, faced #1 seed North Carolina State University in the Second Round of the NCAA Tournament. USF lost 67-79, in a tough game. Despite the loss and not having her best game, Elena scored 22 points, 4 rebounds and 2 assists in 32 minutes of action. She finished her season having a huge impact on the team and tremendously helping USF win the AAC title earlier in March, wrapping up averaging 13.6 points per game.

Ioanna Krimili had an amazing freshman season with the University of San Francisco, finishing as the West Coast Conference Freshman of the Year, leading scorer in the WCC (18.7 ppg), while also having the highest 3-point field-goal percentage (46 %) and free-throw percentage (90.4%). In her last game of the season for the NIT Tournament Sweet 16 phase, where USF faced undefeated California Baptist on March 20th, Ioanna refused to lose and left everything she had on the floor, recording a season-high with 30 points, 5 rebounds, 3 assists, and 2 steals, while shooting 10/25 from the field in 38 minutes of action. She finished this season averaging 18.9 points per game overall going along with 3.4 rebounds while shooting 45.5% from the 3pt line. Ioanna ended her historic freshman campaign as the WCC all-time record holder for threes in a season, while sitting in 2nd place nationally, with one fewer game behind Iowa's Caitlin Clark, who had 9 more threes, in 50 more three-point shot attempts.

Ivana Raca of Wake Forest University celebrated her graduating year with a nice run in the NCAAs, and contributed significantly in her last performance for her team. On March 21st vs Oklahoma State University in a First Round NCAA tournament game, Wake Forest suffered a 61-84 loss but Ivana Raca finished with a double double having 13 points and 10 rebounds, 5 steals, and 2 assists. She finished her senior season averaging 16.7 points per game going along with 9 rebounds per game.