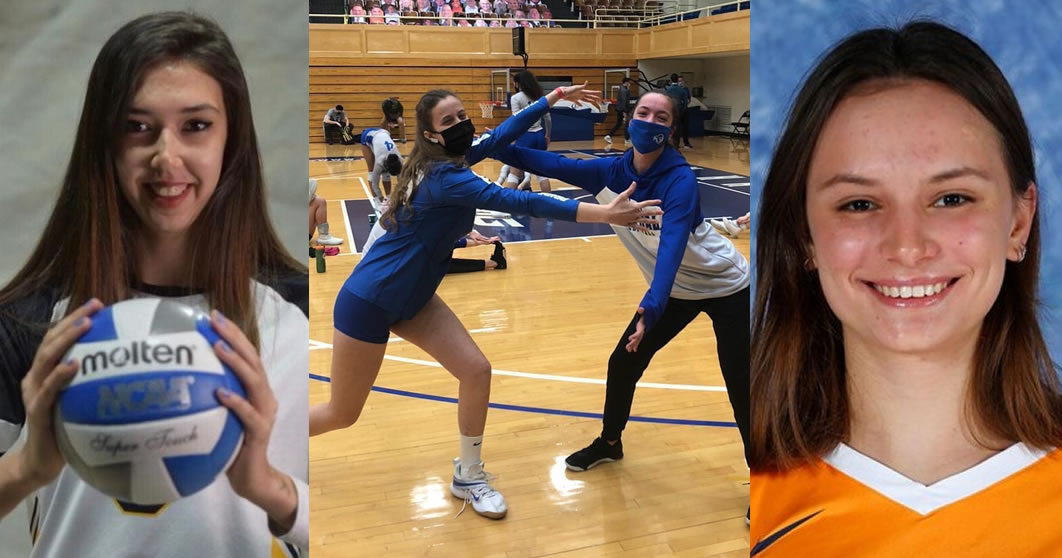 Some big outings and memorable moments for the Turkish sisterhood over the past few days. Many players had considerable contributions, helping their teams in collegiate volleyball action to wrap up February and welcome March and this spring season.

Lots of international talent taking over at the Hofstra - Seton Hall match with great freshmen outings by Damla Tokman and Tsveti Ilieva. UTRGV survives in the WAC and got their first win, primarily due to the heroics of Ada Bulgur, setting new best records!

Bradley strengthening its hold and remains in second place in the highly competitive Missouri Valley Conference (MVC) with key help both offensively and defensively from Doga Topcicek. In other MVC action, Yagmur Cinel added to her streak of double digit offensive stats this past weekend, splitting matches with Indiana State and significantly helping her UNI Panthers with her kills. Hande Yetis led her UTEP Miners with her assists in difficult matches against North Texas, in their most competitive season in memory, and currently standing in second place in the West Division of the ultra-competitive Conference USA. Beste Ayhan played with her still unbeaten UMBC Golden Retrievers, and had amazing comeback wins in a total of 10 sets (in 14 hours!) at Stony Brook, with critical kills and blocks in record-setting performances from the 6-4 freshman middle!

Beste Ayhan
A trio of freshmen had huge nights on offense to help rally the UMBC Volleyball team from two sets down to defeat host Stony Brook in five sets with set scores of 22-25, 19-25, 26-24, 25-20, 15-13 on Saturday night in the America East opener for both teams.

Reigning America East Setter of the Week Aysia Miller (Mililani, Hawaii) set a freshman school record with 55 assists, with the team hitting .417 on her sets. She also had an ace, a kill and added 10 digs for her first career double-double.
Freshman Beste Ayhan (Istanbul, Turkey) finished with career-bests in 6 kills and 4 blocks.
You can watch the highlights of the game this link: https://youtu.be/uP0B2A95Fkc

Fellow freshman Beste Ayhan (Istanbul, Turkey) had 6 kills, a dig and a block.

Graduate student libero Loren Teter (Redondo Beach, Calif.) had the tenth most digs in a single match in program history, finishing with 26 digs, including nine in the fifth set alone.

UMBC now begins the pod portion of conference play, as it travels to Binghamton for matches with defending champion UAlbany and hosts Binghamton next Sunday. The three teams will then play another pod the following Sunday at UMBC.

Nomos EVE 2018 participant Tsvetelina Ilieva finished with 8 kills and added 10 digs, 1 ace, and 1 assist! Nomos EVE 2020 participant Cagla Bengi from Bursa is nursing an injury and has not participated in her maiden campaign with the Pirates yet. Nomos EVE 2020 participant Damla Tokman finished with 2 kills and 1 assist! Sophomore Madeline Matheny had her first career double-double with a career-best 14 kills and 10 digs to lead the Hofstra volleyball team win over Seton Hall on Friday. The win was Hofstra's third in a row to start the season (3-0), while Seton Hall fell to 1-1 this year.Hofstra is 11-6 all-time against Seton Hall. It is the Pride's fourth straight win over the Pirates and second consecutive five-set victory.

Seton Hall will return to action tomorrow when it hosts Sacred Heart at Walsh Gymnasium. Match time is scheduled for 4:00 pm!

Hofstra is back on the court on Friday, March 5, when it opens Colonial Athletic Association play by hosting Northeastern. First serve is scheduled for 4 pm.

Ohio State is putting on a historic performance in an unprecedented season. The Buckeyes are off to their best start in the Big Ten since 1991 and have the most consecutive wins since 2013.

Jen Flynn Oldenburg has made her mark as it also happens to be the best start under a first-year head coach in program history.

Tonight, Rylee Rader wrote her name in the Ohio State record book. Her career-high 11 blocks are the most by a Buckeye since 2015 and the most by a freshman since 1987.

The freshman outside hitter Cansu Gunaydin recorded 1 kill and 3 digs.
This game marked the first-time Rutgers has pushed a ranked Big Ten opponent to five sets. Rutgers hosts Michigan at the College Ave Gym on Friday, Mar. 5 and Saturday, Mar. 6 at 4 p.m.

The Braves (6-3 overall, 6-3 MVC) improved to 6-3 on the year and have won five consecutive Missouri Valley Conference matches for the first time since opening the 2005 league slate with a 6-0 mark. Boasting a perfect 4-0 record at Renaissance Coliseum, Bradley extended its home win streak to six matches.
Nomos EVE 2020 participant Doga Topcicek recorded 1 kill, 1 ace and 3 digs.
Bradley and Southern Illinois close out the series Monday with a 5 p.m. rematch at Renaissance Coliseum.

The Braves earned their sixth consecutive MVC victory for the team's longest conference win streak since winning the first six league matches of the 2005 season. Currently alone in second in the MVC standings, Bradley is 7-3 or better to start Valley play for the fifth time in program history and second time in the last three seasons.
Bradley returns to action next weekend, opening a road series at Valparaiso Sunday with a 3 pm contest.

North Texas has now won 11 of the last 13 meetings against UTEP. Head coach Andrew Palileo improved to 9-1 against the Miners and 6-0 at home.

The Miners put together their most kills through four sets all season: 17, 17, 19 and 18, but hit only six in the final set.
The Miners also finished with 75 assists – their most in five sets since 2003 against Tulsa.
And, according to head coach Ben Wallis, UTEP would have had more assists and kills if it hadn't been called for ten double hit violations.

"You look at the numbers here and you take 10 points away from my team and you give them to the other side, and you don't see the factor where (North Texas is) earning (the points), that has a massive effect on the win and the loss here," Wallis said. "I'm really frustrated about that.

"It was two good teams really battling it out, but I'm really disappointed that we were unable to play the game we wanted to play. Instead, factors outside of our control took points away from my team and that's really disappointing."
Freshman Hande Yetis led the team with 35 assists and she added 2 aces and 8 digs.
UTEP volleyball looks to split its season series with North Texas tomorrow at 12 p.m. MT in the North Texas Volleyball Center.

The last time the Miners walked out of North Texas with a win was 1994 when Norm Brandl was head coach. Five coaching changes later, UTEP found its victory inside the cramped North Texas Volleyball Center under head coach Ben Wallis in his second year.

"It felt amazing," Wallis said. "I'm proud that we walked out of here with a well-earned victory and split with this team."
The freshman Hande Yetis finished the match with 29 assists, 1 ace, and 3 digs.

"Yesterday, we were in the fifth set and I think we gave up earlier," Darley said. "In this fifth set, we were up 6-1, and all of us … were fighting for each point. That's why we got the win today – because we were all fighting for the point together."
The Miners 77 kills on Monday and 73 kills today were the top two kill performances from any team in Conference USA, and their 75 assists on Monday were the most by any team in the conference to date as well.

Panthers Fall in 5 sets!
The UNI volleyball team fell to the Sycamores of Indiana State on Sunday afternoon 3-2, falling with set scores of 25-15, 25-18, 16-25, 16-25, 5-15. For Indiana State, the win over the Panthers also marked the first time since Sept. 9, 2014 that Indiana State won a match it trailed 2-0 on the road, with the last instance occurring at IUPUI. In addition to earning the first win at UNI in Sycamore history, Melina Tedrow became the 11th member of the 1,000 Dig Club at Indiana State with her fifth dig of the match in the second set.

The Panthers took the revenge in the second round of the series
The UNI volleyball team defeated the Sycamores of Indiana State on Monday night 3-1, splitting the series and moving to 6-7 on the season and 6-4 in the MVC. The Panthers won with set scores of 25-19, 20-25, 25-16, 25-16.
The freshman Yagmur Cinel recorded 9 kills and 1 dig.

The Panthers will now look to the Redbirds of Illinois State as the MVC foe travels to Cedar Falls for matches on March 7 and 8. Sunday's match will begin at 2 pm while Monday's is scheduled for a 5 pm first serve.

UTRGV Volleyball Sweeps California Baptist!
The UTRGV Vaqueros volleyball team picked up their first win of the season with set scores of 25-22, 25-17, 25-21 on Monday at UTRGV Fieldhouse.

The freshman outside hitter Ada Bulgur contributed to her team with 5 kills, 1 ace, 2 digs, and 2 blocks in critical times.
UTRGV and California Baptist wrap up the series on Tuesday at 12 p.m. at the UTRGV Fieldhouse.

UTRGV falls to CBU in the second round of the series
UTRGV Vaqueros volleyball team fell to the California Baptist University Lancers 0-3 (12-25, 19-25, 21-25) on Tuesday at the UTRGV Fieldhouse! The freshman Ada Bulgur recorded 3 kills and 1 ace.

CBU matched its season high with eight blocks and added seven aces and a .341 team hitting percentage to defeat UTRGV. The Lancers improve to 5-6 overall and 4-6 in the Western Athletic Conference, while the Vaqueros drop to 1-9, 1-7. The Lopes have been picked to finish second in the WAC in the conference's preseason coaches poll, and have lost two matches this season. 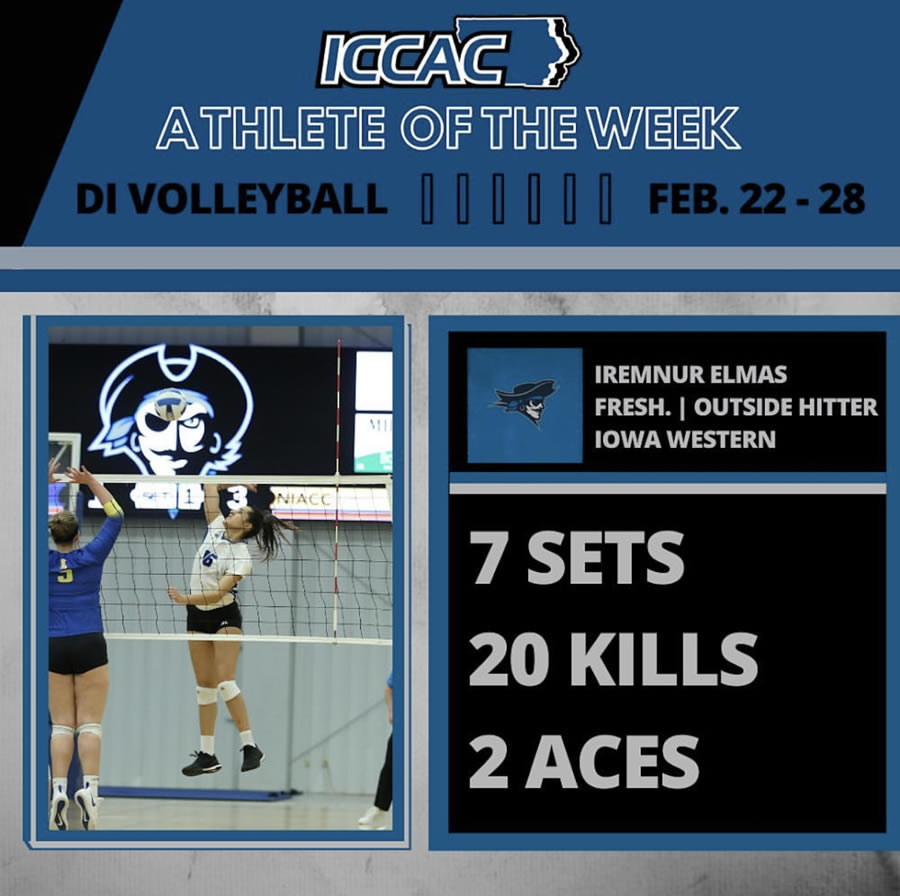 Next obligations:
3/3 vs. Snow College
5/3 vs. College of Southern Nevada