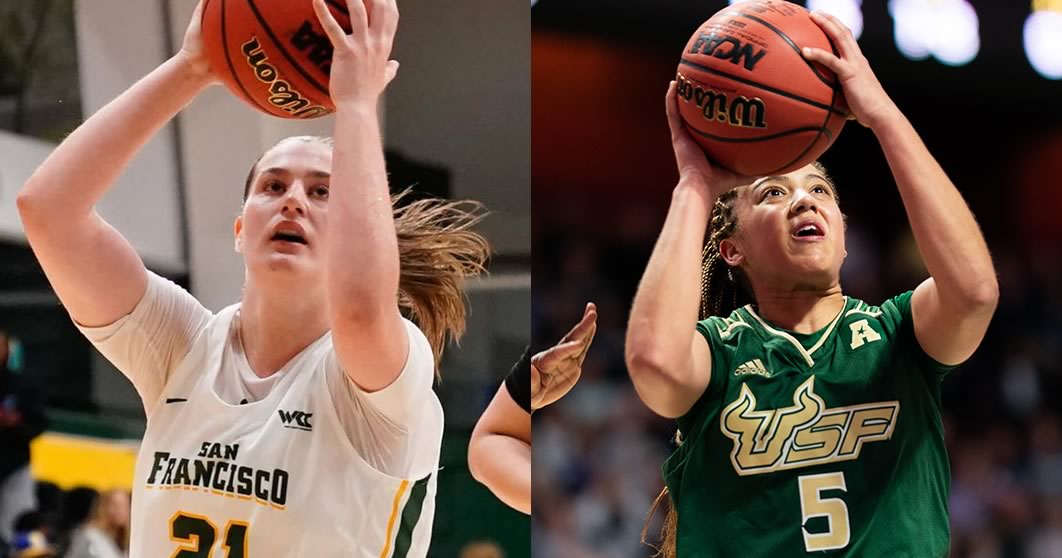 Ioanna Krimili continued her great performances in the month of February, receiving her 11th Freshman of the Week award in 14 weeks, leaving no doubt on who will be the West Coast Conference selection for the annual award later this year!  Ioanna is a top scorer in the conference as well, where she has been helping the Dons win the last 3 games of the season. Ioanna contributed to her team’s important victory vs BYU on February 27th by having 27 points, 5 rebounds, 3 assists, shooting 6-12 from the field and making 3/5 3pt shots, while she did not miss a single free throw going a perfect 12/12 in 38 minutes of action. She is currently averaging 18.7 points per game going along with 3.3 rebounds while shooting 46% from the 3pt line. Ioanna still leads the nation in 3pt shots made, while having taken 41 fewer shots than the trailing senior from Virginia Tech, Aisha Sheppard, who is aiming to overtake her entering March games. Ioanna is also in the Top-10 for free-throw percentage, with over 90% efficiency.