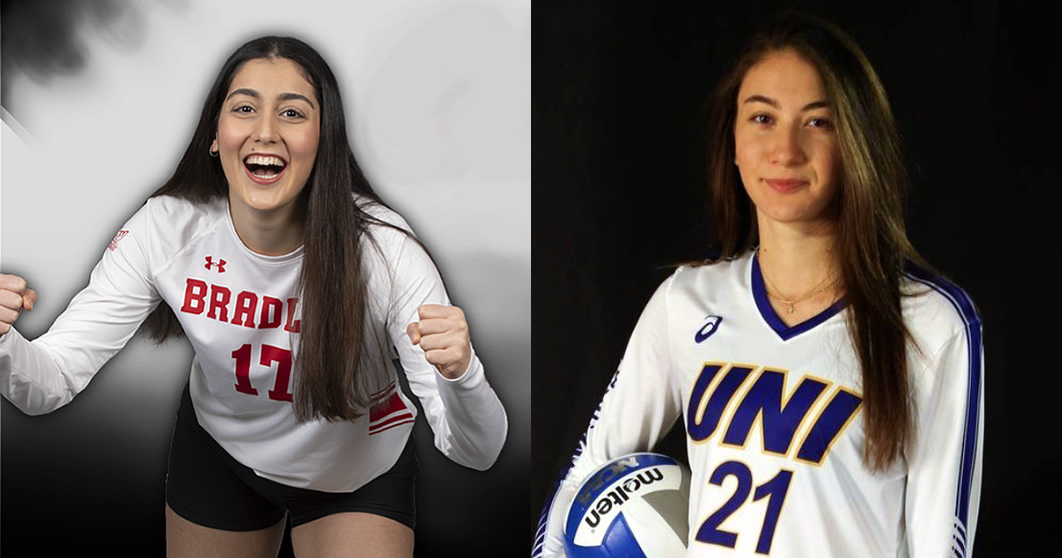 The first month of this challenging volleyball season came with some pleasant surprises for college volleyball fans, courtesy of the young Turkish guns by the names of Doga Topcicek and Yagmur Cinel, who keep firing away in each game. They are both third in scoring and consistent attackers for their teams, helping their teammates maintain 3-3 W-L records in the highly competitive Missouri Valley Conference, annually featuring Top-50 teams nationally!

02.14.2021
BRADLEY sweep Indiana State
The Bradley Volleyball team defeated Indiana State 3-1 on Sunday night, with the set scores of (25-12, 27-29, 31-29, 25-15)
The freshman Doga Topcicek continues to excel in her maiden campaign, and is already the third scorer on her team, consistently delivering offensively, and in crucial moments. On Sunday she had 9 kills, 2 aces, while adding 5 digs and 2 blocks.
The Braves (2-3 overall) finished with a season-best 105 digs, which ranks as the fifth-best dig total in a four-set match in program history, behind the career-best 34-dig effort by sophomore Serena Sparks.  The 34-dig performance tied for the 10th-best single match dig total in school history.

02.14.2021
UNI Volleyball Falls in 5 Sets
The UNI volleyball team fell to the heretofore undefeated in the MVC Missouri State Bears 3-2 on Sunday afternoon in the McLeod Center with set scores of 25-15, 25-19, 22-25, 19-24, 11-15. Before the match, head coach Bobbi Peterson was recognized for becoming the winningest coach in the MVC, which took place during the Panthers win over Evansville.
UNI volleyball warmed up with pink t-shirts for breast cancer awareness. Pink Out for the Cure is a fundraising program designed for students, schools and sports programs. This program empowers students to raise funds for Komen Central Indiana, educate parents, faculty and teammates about the importance of breast health, honor breast cancer survivors, and commemorate the ones lost to cancer.

02.15.2021
UNI Volleyball Beat Missouri State in Five Set Thriller!
The UNI volleyball team handed the Bears of Missouri State their first defeat in MVC competition, 3-2 on Monday night, overcoming the very strong Missouri Valley foe with set scores of 18-25, 25-17, 25-23, 25-27, 15-11. The freshman Yagmur Cinel recorded 8 kills and 2 digs. Yagmur continues an outstanding and truly stellar campaign for her UNI Panthers, which raised awareness and quickly established Yagmur as one of the most prolific rookie scorers in the Conference, ranking currently third on her team.
The Panthers will be back in action on Sunday, February 21 when they travel to Carbondale Illinois to take on Southern Illinois. Sunday's match is scheduled for a 1 pm match while Monday's match will start at 3 pm US Central Time.

02.15.2021
Bradley Volleyball Sweeps Indiana State again
Bradley completed the series with sweep of Indiana State Monday at Renaissance Coliseum with a 25-23, 25-17, 25-15 victory over the Sycamores.
The freshman Doga Topcicek recorded 1 block.
Bradley returns to action next weekend, opening a two-game series at Evansville Sunday with a 6 p.m. match.