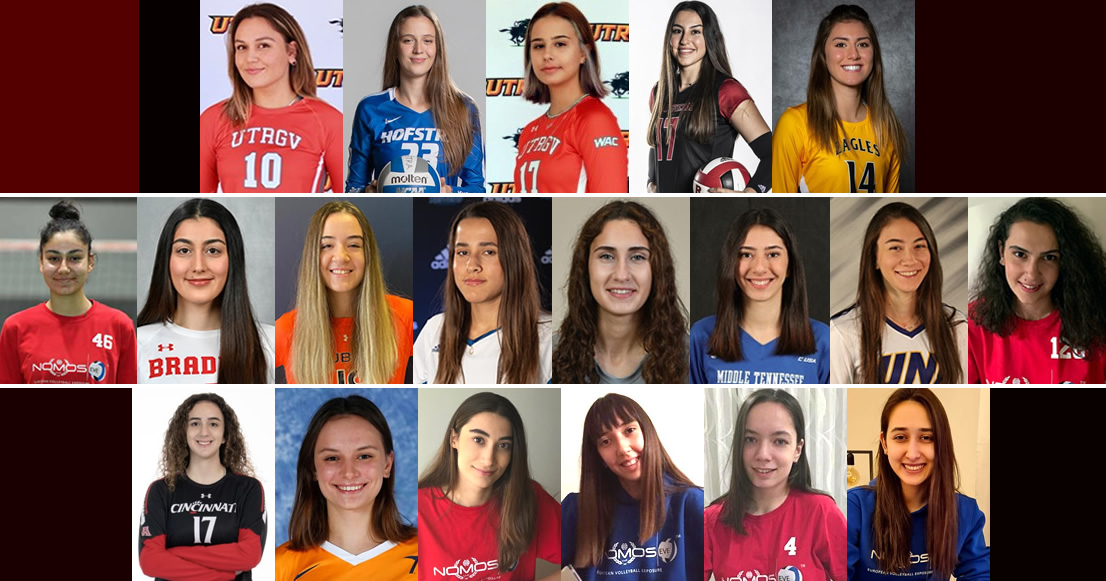 İremnur Elmas – Player of the Week! 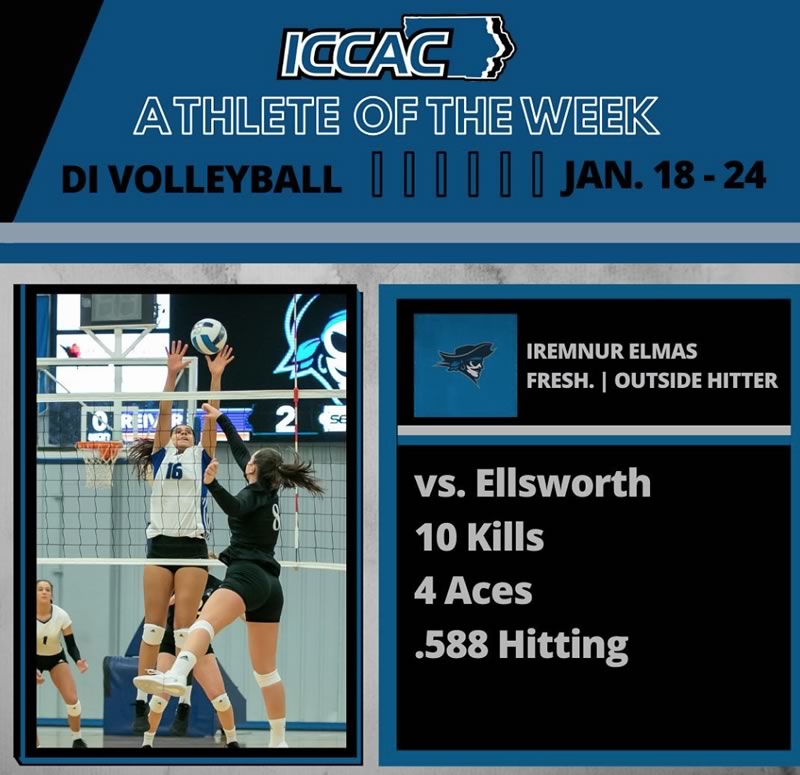 Irem Nur (IOWA WESTERN COMMUNİTY COLLEGE) led her nationally ranked 6th best team in the NJCAA D1 to two important wins, starting the new year impressively. With these two outstanding performances, Irem was awarded as Athlete of the Week for the entire Iowa CC Athletic Conference! The Reivers opened the 2021 season at home in Iowa against Ellsworth CC. Irem was the best scorer in the game with 10 kills, 7 digs, 4 aces, 2 blocks, and an extraordinary .588 hitting percentage! IWCC won the game  with clear set scores of  25-9 , 25-9, 25-12. On Tuesday January 26th, Irem and her Reivers were back in action, this time in an away match against Southwestern CC, again leaving no doubt to the competition, prevailing in straight sets 25-7, 25-8, 25-8. Irem had 13 kills, 5 digs, 1 ace. 1 block, and once more hitting above a ridiculous .500! Currently, Irem ranks 3rd in the entire nation in NJCAA D1, with her amazing .545 hitting percentage. She is also 6th in aces per set, 6th in points per set, and 8th in kills per set. Tebrikler iremnur!

Yagmur Cinel, Revna Cakir and Ada Bulgur played in the first matches of the season!

Yagmur Cinel (University of Northern Iowa) opened the 2021 season at Drake with 6 kills, 1 block and 1 dig. UNI lost to their Missouri Valley Conference (MVC) rival 3-1 with set scores of 26-24, 20-25, 25-15, 25-18 but the Panthers will return to the McLeod Center on Friday when they get their rematch with in-state rival Drake at 6pm local time.

The freshman outside hitter Yagmur Cinel played 3 matches (11 sets) for 3 days in a row and did everything for her team while returning from a significant ankle injury. She made an impression on the audience with her determined and competitive character.

Ada Bulgur and Revna Cakir (The University of Texas Rio Grande Valley) had a great start to the season. The Vaqueros jumped out to 3-1 first set lead on kills by freshman Ada Bulgur and two kills by freshman Revna Cakir, who helped the Vaqueros go up 8-5; nevertheless, UTSA prevailed in an exciting 5-set match, beating UTRGV 3-2 (22-25, 25-23, 25-16, 25-27, 18-16). In UTRGV debuts, Cakir played 2 sets and finished with three kills on three attacks (100%) and 1 block before she got injured, while Bulgur played 5 sets and finished with eight kills and seven digs.

The University of Texas Rio Grande Valley Vaqueros volleyball team dropped its second match of the day, 0-3 (23-25, 15-25, 18-25) to the Texas A&M-Corpus Christi Islanders on Friday at Dugan Wellness Center. The Vaqueros’ (0-2) lead over the Islanders (1-0) in the Showdown standings is now 12-3. The freshman outside hitter Ada Bulgur made an impression with her serves and did not allow the opposing team to play unobstructed. Bulgur finished the game with 2 aces, 3 digs and 5 kills.

Below is the list of Turkish student athletes competing in USA’s elite volleyball leagues after participating in Nomos EVE and/or had support from Nomos in the course of their US higher education journey.