Tomasevic and Volleyball... A family affair. 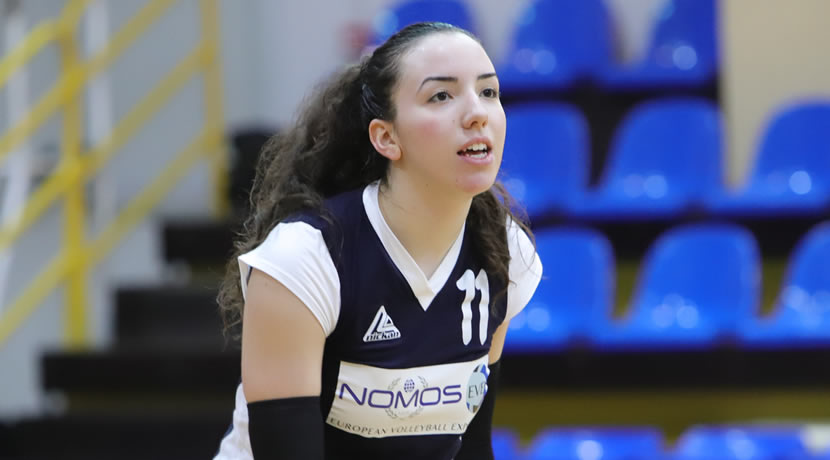 Traveling around the world to play volleyball has become almost a family affair for Marija Tomasevic, a sophomore outside hitter on Towson University’s women’s volleyball team.

She was inspired to leave Serbia for the opportunity to play by her two older sisters, both of whom played at a professional level internationally.

“Over time,” said Marija, “their dream became mine, and I wanted to follow their path.” She wasn’t going to be able to finish school and compete competitively in Serbia simultaneously, so she decided to make the trip to America to make that dream become a reality. Due to her sister’s position as head coach at Arizona State University, Marija had a pretty good idea of what college in the U.S. was like before she made the commitment to Towson.

The culture around volleyball in Serbia is much different than in the U.S. “I think the level of volleyball is better in Europe,” said Marija, “a much faster game is played [in the United States].” She said that she struggled to adjust to the speed of play, but already in her second season, she is getting used to it and starting to enjoy it much more.

Towson University is a Division I university located in Towson, Maryland on the east coast of the United States. When she began looking into where she wanted to study and play in America, Marija wanted a school that not only had a strong volleyball program, but that had good academics that would continue to challenge her as well. She said, “I really wanted a school that [could] provide a safe future for me.” It was also important that she find a school where she connected to the team and the coaching staff, and Towson was the perfect fit.

Playing a sport in college isn’t easy, but Marija said she loves how challenging it is. “You’re always on the move and there’s no [time] for boredom,” she added. Although it may be challenging, it’s also extremely rewarding. “Towson is a great school with [an] even better athletic program, and I’ve been enjoying every minute of it,” said Marija.

Marija was able to get connected to the Towson Volleyball coaching staff through EVE, Nomos’ spring volleyball tournament. “I really liked the way practices and games were organized,” said Marija, “everyone had a chance to show what they [have].” Not only was she able to get exposure to coaches from the U.S., she also made some friends that she has remained in contact with from the tournament. Marija found out about the showcase after her sister met Tassos in Athens. She decided to participate in the showcase and said, “what I liked the most is how Tassos treated the players. He is very welcoming and determined to find an appropriate match for everyone.”

The best advice that Marija can give to others who may want to play volleyball in the United States is to “work hard and show the coaches that they need you.” Not only is it important to be strong and confident in your volleyball abilities, it is just as important that you “pay attention to your attitude,” she said,” bring the best of you on the court.”