"Everyone who works here is rewarded" 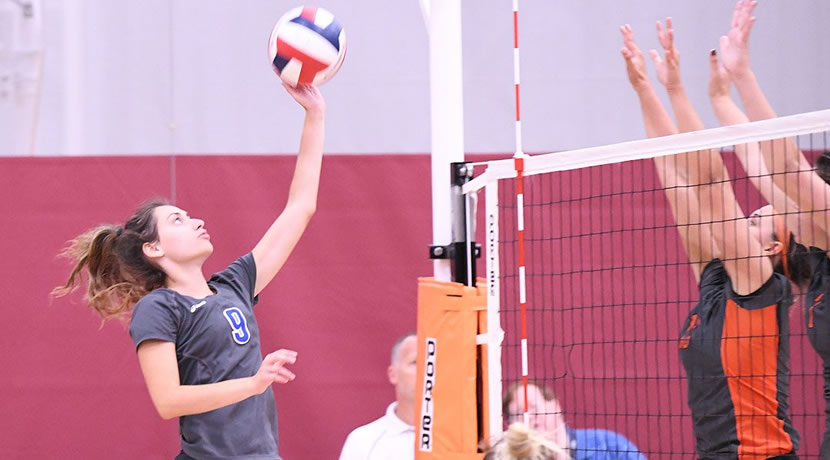 Interview with Nafsika Papavassiliou, who is excelling at the NAIA collegiate level with Lindsey Wilson College

Leaving your home, your country, friends and family in order to try your luck in another country, thousands of miles away, is a very difficult decision.

But it is also a decision that demonstrates the faith and the will to succeed.

Nafsika Papavassiliou left Greece in 2017 at the age of 16, had not even finished high school, and in fact she was just a sophomore in high school.

From her high school back in Greece and Aias Evosmou she found herself in the United States, where she graduated from high school and at the same time she played volleyball in St. Louis and Chicago.

She won her district school championship in the state of Illinois and the 3rd place with her club in the national championship, earning two personal MVP titles.

The 19-year-old outside hitter continues to live her dream in the US, taking steady and upward steps after being recruited by Lindsey Wilson College, a historic university that has won the last 4 titles in their conference, one of the most competitive in NAIA Volleyball. Lindsey Wilson won the 2017 NAIA national championship, and participated in the semi-finals of several previous national tournaments.

Nafsika - a girl with a thoughtful mind despite still only 19 - spoke to the NOMOS Press Office about her progress and her next steps. 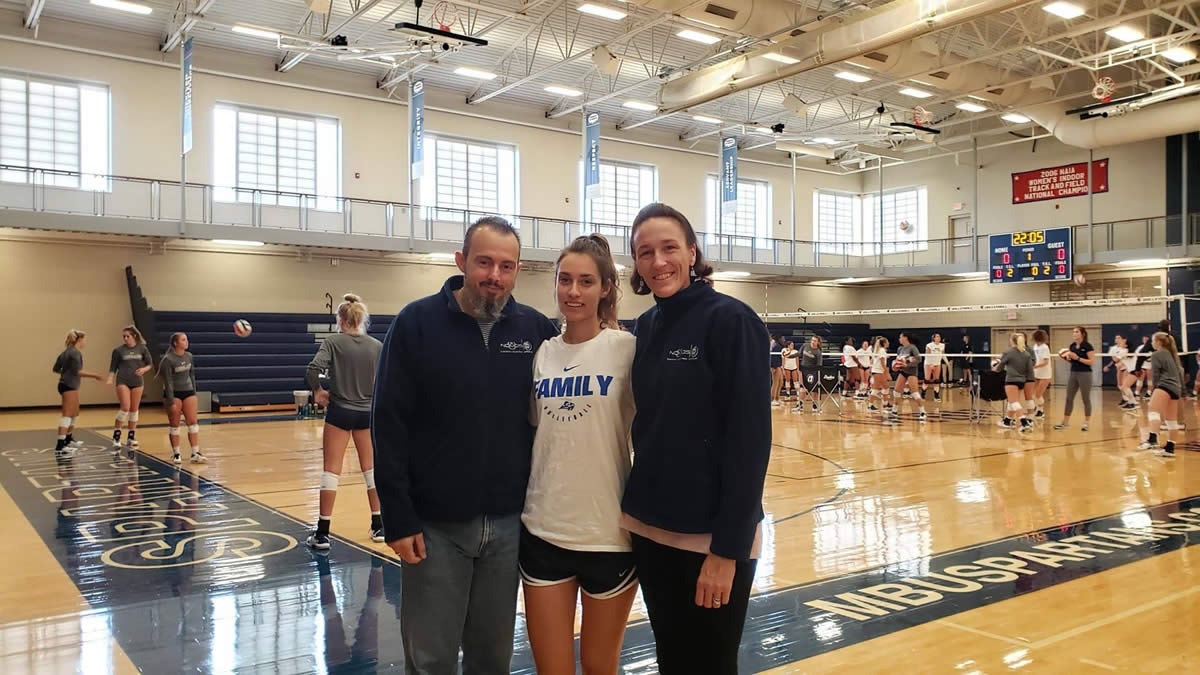 What impressed you the most in the United States?

"I was surprised by how different my lifestyle was compared to what I was used to. If you want to succeed in a country like the United States you live to work. I expected to find an environment that would inspire me to work hard every day, and I found it both in the classroom and on the court. The biggest difference with my country is that here anyone who works hard is rewarded. "

Is it hard to be good at studying and volleyball? Does your GPA and academics play a role? Is there free time?

“It's not difficult at all, all you have to do is follow the instructions of your teachers and coaches. Yes, your GPA effects your eligibility for playing, which applies to all universities on all collegiate levels (NCAA and NAIA). If you have good time management there is free time that you can spend to do other stuff. I spend the majority of it with my teammates, mostly on campus. "

What is the attitude toward Greek athletes?

"The attitude is the same toward all the athletes, no matter what your place of origin is, or your lifestyle. You do the same workouts with the other athletes and in the classroom you are treated the same way as the other students. At the university, especially if you have a full ride scholarship, you have the… obligation to be efficient, because some people have invested in you. As for the attitude towards a foreigner, they are always happy to help you learn and become better. "

What is the level of the team and the league?

"Lindsey Wilson College finished fifth in the country last year and two years ago won the NAIA national championship! This year the coaching staff has changed, as have many of the team members. So far we are at a 9-2 record. We are working very hard and we are aiming for another title. "

Is there support from the university? At what level? Is there pressure?

“Lindsey Wilson is always our number 1 supporter. Teachers are always next to us when we miss classes so that we do not stay behind, coaches care about our academic performance as well as having a balanced life. What impressed me was how much students “love us” and the other athletes, every time we play at home, the court is full of fans supporting us. "

What do you miss most about Greece?

What are your future goals?

"Get 4 National Championships, have a 4.0 GPA every semester, and make the people around me better and happier."

Will you go back to Europe after your studies?

"I'm studying psychology, I can't say for sure what will happen in four years from now, as other factors will determine my life."

Would you return to the Greek Championship and if so, under what conditions?

"I would come back if some things change. I would like my country to have a competitive championship like Italy or Turkey. I believe that at some point this will be achieved. "

What has NOMOS contribution been throughout your career?

"NOMOS supported me from my first steps here in the US. When I made the decision to leave Greece and come here to finish high school, it was something that no volleyball girl had ever done in Greece before. Thanks to Tasso's and Kristin Folkl’s knowledge I made my dream come true and they helped me a lot in this journey. NOMOS was the beginning of realizing my goals, without the help of these people many things would be different, both in my own life and that of the other children working with them.