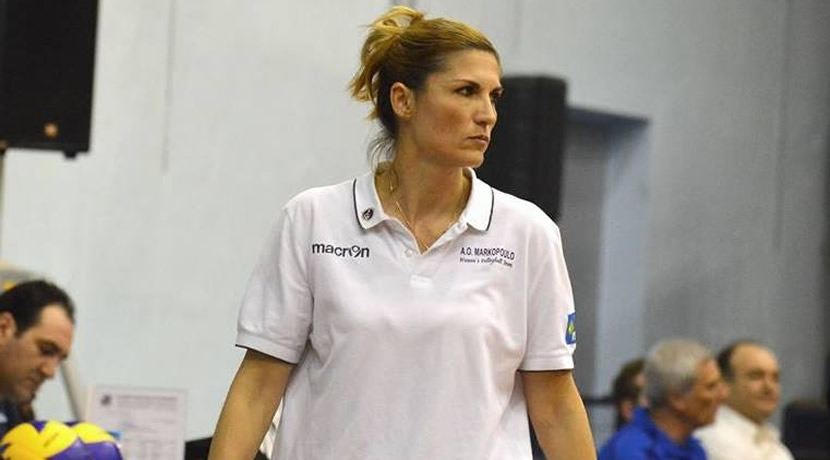 Maria Kalara spoke to Sport FM 94.6 both as the head coach responsible for running the event in Greece as well as mother of Ioanna Charitonidi, who signed an athletic scholarship to play volleyball next season at the University of Texas Rio Grande Valley.

“We want this event to become an institution. NOMOS, headed by Tassos Kaburakis, has a large support team from America and trusted associates internationally. We try to educate international athletes on the fact that volleyball does not have to stop in high school, as is frequently the case in Greece, rather one can combine athletic competition and academics. In the US coaches also want their athletes to be good students and good athletes. Last year we had a 2-day session with coaches from great programs in the US attending this amazing event. We had a lot of applications, and after much deliberation many student-athletes from Greece, Cyprus, Serbia, and Bulgaria participated. This year outstanding talent from Turkey was added to the Thessaloniki portion of EVE, attended by coaches from major US universities. The result in 2018 was three prospects from those who participated in January’s event signed in the early signing season of November 2018, while a total of 14 Greek female athletes attend universities and compete in the 2018 college championship. It is a bold task that in 2019 we are hosting the event in two cities, in Athens and Thessaloniki. But there is a great response from parents and prospects. The program essentially includes training with goals. I set up the coaching sessions, aligned with the needs of US coaches, who want to see specific things from every athlete on the court. The culmination of the training sessions is games. At the end, coaches give useful information to girls and evaluate them for the purpose of extending offers to some of them by the best universities in the world.”

As far as scholarships are concerned, Maria Kalara mentioned: “ Because as a parent I have gone through this process I can easily tell you that once accepted the full scholarship covers everything and the only cost by the parents is the first airline ticket to America. Athletes supported by NOMOS have had everything covered for four or even five years of study. We are talking about a huge cost for a student without a scholarship that can even reach $ 300,000 or more! "